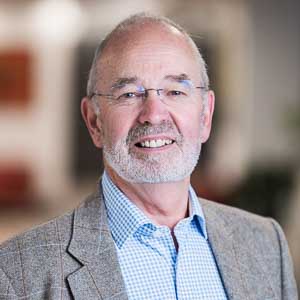 Hello, I’m Mike. I’m a Tax Consultant at Ecovis. I studied law at university before qualifying at a local office of a large, global accountancy practice and then merging accountancy with law and transferring to tax. Although I have spent most of my career working within the Big 4 accountancy practices, I enjoy working with business owners, identifying tax opportunities for them and helping them save money by minimising both their tax liabilities and the tax liabilities of their companies, be this in the UK or elsewhere.

A diplomat. I’m fascinated by, and respect for, differing national cultures. (I used to run the tax side of an international group of business advisors with representation in over 110 countries.) I’m concerned about the uncertainties resulting from the fading US hegemony, the rise in the number of autocratic regimes, the increasing conflict over the global commons and the near impossibility of ever achieving a democratic system of global governance.

A luxury item I’d take on a desert island?

A powerful telescope for viewing the night sky.  (Plus a book on astronomy!)

Christmas dinner plus all the trimmings, crackers, party jokes and silly games

A ranch hand in western Australia. Rounding up sheep in a beach-buggy. The only thing that I owned was a 650cc A10 BSA motorbike.

What’s the most daring thing you’ve ever done?

Mark the then captain of the All Blacks rugby team. After 5 minutes we decided that he could do whatever he wanted. (I was only 19 at the time and was playing for a season in NZ whilst teaching there.) Seriously though, the most frightening thing for me was potholing on an Army outward-bound course. I’m afraid of heights and we had to climb a wire ladder approximately 9 inches wide up to a ledge in the ceiling of this cave.  The ladder was about 300 ft long.  It was pitch dark and the only thing that you could see was a torch light at the top of the ladder.

Walk the length of the South Coast path. Complete the family history which starts in 1299 (It’s a large book).

Boris Johnson. British Politics is becoming increasingly polarised and a liberal conservative has little chance of surviving for long where the agenda is set by those who can shout the loudest. COVID has dealt him a very difficult hand to play and his team which was chosen for Brexit was ill-equipped for it.  The leading news media have not forgiven him for Brexit and he will pay the price for it.  But he should be a charming and very entertaining dinner guest.

If you could have a superpower, what would it be and why?

What one piece of advice would you give your 10-year-old self?

Have courage and believe in yourself.  (It will get better!)

Say “yes”. The chance may not come again.

Who is your favourite Disney her or heroine? Would you trade places with them?

Chewbacca and no I wouldn’t change places with him.

Train driver (we had a single track train line crossing our farm and it did take the milk train to and from the local dairy).

French, German but neither Fluent.