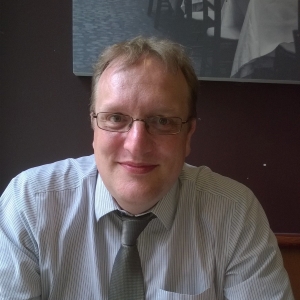 Hello, I’m Andrew. I have been lucky enough to have had a varied career within the world of VAT. I have spent an equal amount of time with HMRC and PwC, before becoming the in-house VAT specialist at Zurich Insurance. I was then the interim VAT manager at ICE (International Currency Exchange). Before joining Ecovis, I was the in-house VAT manager at Bath and North-East Somerset Council – which, as well as doing the VAT compliance, meant I also was involved in projects regarding the World Heritage of the Roman Baths (where an archaeological dig discovery of a Roman tunnel almost scuppered some Property VAT planning!)

VAT is a transactional tax, the questions are immediate and the answers need to be researched and provided before the next VAT return is submitted. I enjoy this immediacy, rather the waiting for month-end or annual reviews. There are some VAT positions that need to be made and notified to HMRC in advance of any transaction.

I enjoy guiding clients through the complexities of VAT. To quote the words of Lord Justice Sedley “beyond the everyday world lies the world of VAT, a kind of fiscal theme park in which factual and legal realities are suspended or inverted.”

What are your favourite hobbies?

I write. Mainly, but not exclusively, poetry. I have one completed, unpublished novel with another one being drafted. I have also written short stories and have had one essay published in a self-help book.

If you could choose an alternative career, what would it be?

What luxury item would you take on a desert island?

A superyacht… complete with helicopter!

What is your favourite meal?

Anything Italian, but would choose Eggs Benedict over a fry up for breakfast.

What was your first job?

I worked for the Theatre Royal in Bath, where I met a lot of interesting people and celebrities. Just before the performance of the New Sadler’s Wells Opera, I accidentally hit HRH Prince Charles in the face!

What is your favourite music?

My taste in music is varied. My first record was Rhinestone Cowboy by Glen Campbell. The last album I purchased was ‘The Body Remembers’ by Debbie Gibson. Last concert was Yes, the 50th anniversary tour, at the Barbican in York.

What’s the most daring thing you have ever done?

18 years ago I sent a poem, that I had written the night before, to an ex-work colleague. We celebrate our 16th wedding anniversary this year.

To get my novel published.

If you could have a superpower, what would it be?

What one piece of advice would you give your 10 year old self?

If you get the chance, do it. Life is short.

Life gets easier as you get older. If you know the sort of people you don’t like and avoid them!

What sport would you compete in if you were in the Olympics?

Bus driver, which would have followed in my grandfather’s footsteps.

Are you a cat person or a dog person?

Have eaten both! Have had both as pets. My wife tells me my next pet will be a dog.

English, but can understand a little Welsh, but not speak it.